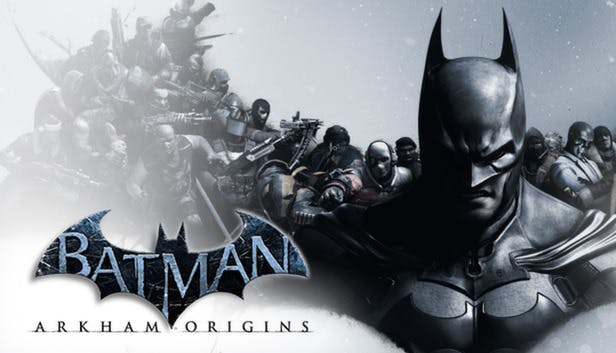 Loyalty discount! If the total amount of your purchases from the seller MediaGame more than:
If you want to know your discount rate, please provide your email:

MediaGame information about the seller and his items
offlineAsk a question

You buy a license key (cd-key) activate the game Batman: Arkham Chronicles (Batman: Arkham Origins) for Steam, and are guaranteed to receive the key immediately after the payment. The system will switch itself!

Set Deathstroke - can access the data of the game character. Includes 2 cards and 2 test suit.

CAUTION This bonus is you can check in the "Test"

Please note that product specifications are subject to change without notice.

The development of the game «Batman: Arkham Chronicles" is engaged in the Canadian studio WB Games Montreal. Players will once again go to the gloomy Gotham, but this time they happen to take part in the events preceding the Batman: Arkham Asylum and «Batman: Arkham City". The game takes place a few years before the infamous riot. Batman is just beginning his career a secret crime fighter, he is young and inexperienced, and he will only be the Dark Knight, we know ...

«Batman: Arkham - the famous series of games class. We are pleased to expand this story a new project - "Batman: Arkham Chronicles" - the president of Warner Bros. Interactive Entertainment Martin Tremblay. - WB Games Montreal team consists of incredibly talented professionals who will be able to unleash the potential of heritage as much as possible Rocksteady ».

"For WB Games Montreal is a great honor to work on a new chapter of the famous series, - says vice president and executive producer of WB Games Montreal Reid Schneider. - We are real fans of this series and appreciate the precipitated us a chance to give people what they like, give them the opportunity to play for the novice Batman, learn a new story and explore increased in size the old world of Gotham City. "